Aspen's team based in the Philippines selected four projects to support on Mandela Day.

Staff collected funds for the victims of the typhoon that recently plundered Tacloban. The much needed financial contributions were well received and will assist the Tacloban residents with the rebuilding of a classroom, putting on a new roof, repairing damage to the walls and then repainting these.

At Napinday in Taguig City a second project focused on the Aspen team donating a perimeter fence and playground to the school and also painting the fence. Two scholarship opportunities were also announced for students graduating with a 90% grade average or higher. Hygiene lectures were also provided and a kiddies party was hosted with each child receiving a hygiene gift pack.  Aspen Philippine's support for this community  is ongoing with focus being placed on health, nutrition, education and social innovation initiatives for the balance of 2014.

In collaboration with the South African Embassy, Aspen Philippines also embarked on an outreach programme for the children of the Batak, the indigenous people of Palawan, and  provided medicines for this community.

Members of the sales force who are out in the field engaged in Acts of Random Kindness (ARK), giving strangers 67 minutes of their day by sharing a meal, handing over clothing or small items such as toiletries. 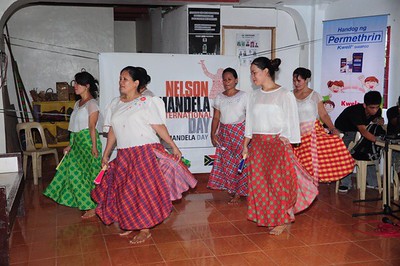 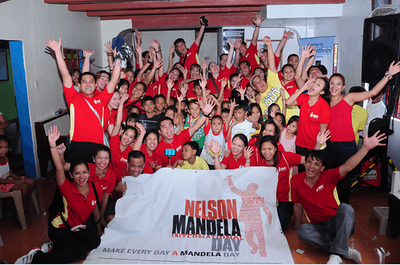