The Shelys team identified two schools based in Dar es Salaam that care for children with disabilities such as deafness, blindness, autism and albinism. Uhuru Mchanganyiko Primary School and the Salvation Army Matumaini Primary School accommodates 400 and 100 children respectively.

SHDEPHA is a forum for activists who are HIV positive and who are prepared to publicly declare their status and advocate against HIV/AIDS. It currently has more than 100 members.

These three beneficiaries were all most grateful for the gifts of food, medicines and clothes that had been donated by over 430 employees. 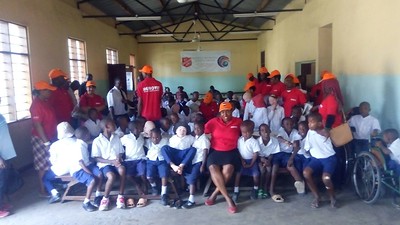